Canada celebrates 150 years and it's time to bring the family along and experience what our amazing country offers! There are just too many amazing things that you can do so take out your list and start the fun! Check out some of these great ideas:

Coquitlam Celebrates Canada Day Recognizing Canada’s 150th anniversary, there will be a special focus on Canadian music this year, including the Soundtrack Canada tribute to Canadian singers and songwriters and a Canadian-themed battle of the bands headlining act featuring Off the Record and The Ticket. Audience members will vote for their favourite, and both bands will lead the singing of O Canada before the fireworks finale. The kick off is in Town Centre Park at 12 p.m. with a variety of dance and musical performances starting at noon. • Town Centre Park, 1299 Pinetree Way, Coquitlam, BC • July 1, noon-10:30 p.m. • Free Admission

Canada Day by the Bay Enjoy a variety of family-friendly activities from morning to night. Highlights include live music, a Kids Zone with games and activities, the White Rock Firefighters Charity BBQ, 80+ vendors, and a fireworks finale at 10:15 p.m. • White Rock Beach • July 1, 10 a.m.-10 p.m. • Free

Port Moody’s Canada 150 Zone In honour of Canada’s 150th birthday, Port Moody is organizing a special Canada Day celebration. Spend the day at beautiful Rocky Point Park, hang out with Recreation staff playing games and winning prizes, join in a community art project with one of the community partners and try your hand at ring toss and mini-golf. At 9 p.m. take in a concert featuring Canadian rock legends, Trooper, followed by a spectacular fireworks show over the Burrard Inlet at 10:30 p.m. • The Zone is located adjacent to the Golden Spike Days at the Rocky Point Boat Launch, Port Moody • July 1, 11 a.m.-6 p.m. • Free

Canada Day Celebrations in Whistler Whistler celebrates the entire week with street entertainment, special events and free concerts – it’s a party no matter where you’re from and this year it’s Canada 150 so it will be extra special! Celebrate with free concerts, crafts, a parade through the Village Stroll and cake. 1-800-944-7853

And more, so check out your local paper or just listen to the buzz around your neighbourhood! 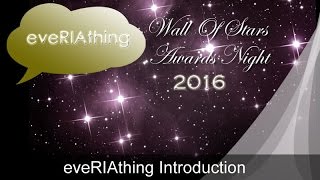 Get ready for our events!

Getting all prepped up for our Christmas Look Back episodes!